Uniland representatives shined light on the new concept for 255 Ship Canal Parkway today (Tuesday) when they met with the Buffalo Urban Development Corporation (BUDC) real estate committee. The committee accepted the change of use and the Board will vote Dec. 22. Uniland originally planned to construct commercial buildings on the Brownfield site but through its due diligence, determined the subsurface conditions are not suitable for that type of construction. 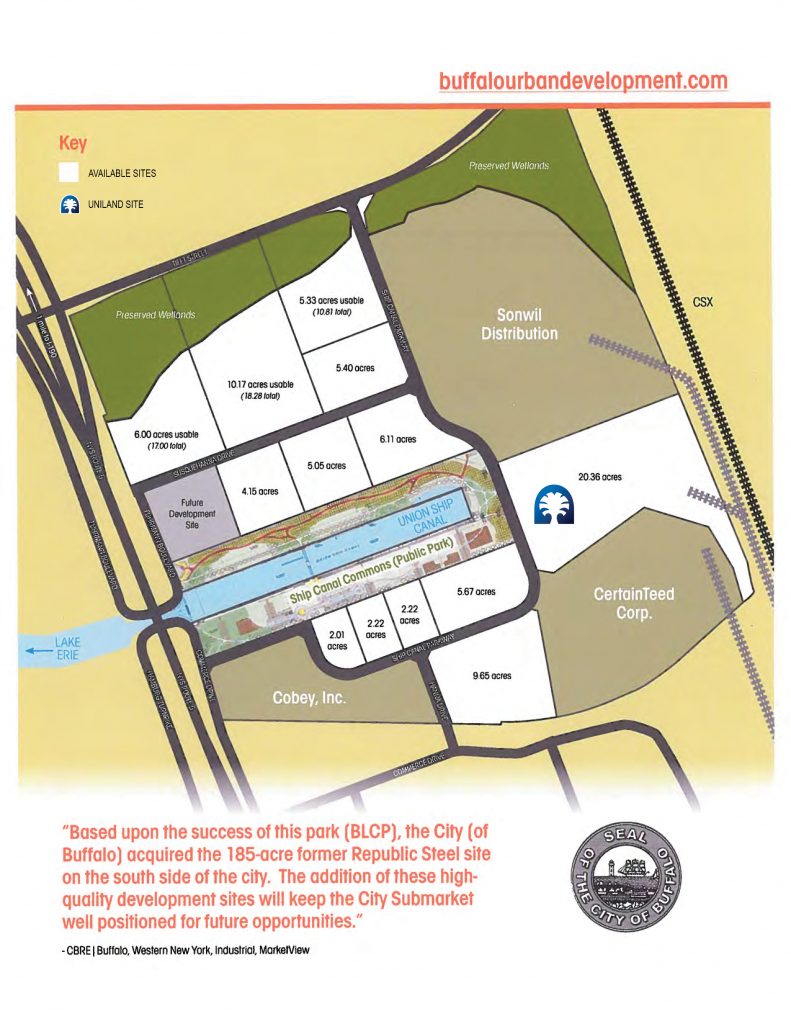 “It is ironic that this former industrial site was designated a Superfund site and now an environmental Brownfield will soon be producing renewable energy for the City of Buffalo,” said Uniland CEO Michael Montante.  “Environmentally sustainable development is a priority at Uniland, and we are pleased that this development aligns with Mayor Brown’s continuing efforts to bolster the City of Buffalo’s status as a New York State-certified Climate Smart Community.”

The concept also accomplishes the shared goals of the City, BUDC and Buffalo Lakeside Commerce Park to convert underutilized and environmentally sensitive sites to productive development. Uniland expects the project will produce five megawatts of power, which is capable of supplying electricity to approximately 800 households.

“This is an exciting project for the City of Buffalo, its first large-scale solar project,” Montante said. “The City of Buffalo and Mayor Brown had the foresight to create the Buffalo Lakeside Commerce Park to attract private investment and we believe a solar park is a great addition to it and works well with our neighbors.”

Uniland is meeting with solar contractors and operators and expects to reach an agreement with one soon to collaborate on the project.