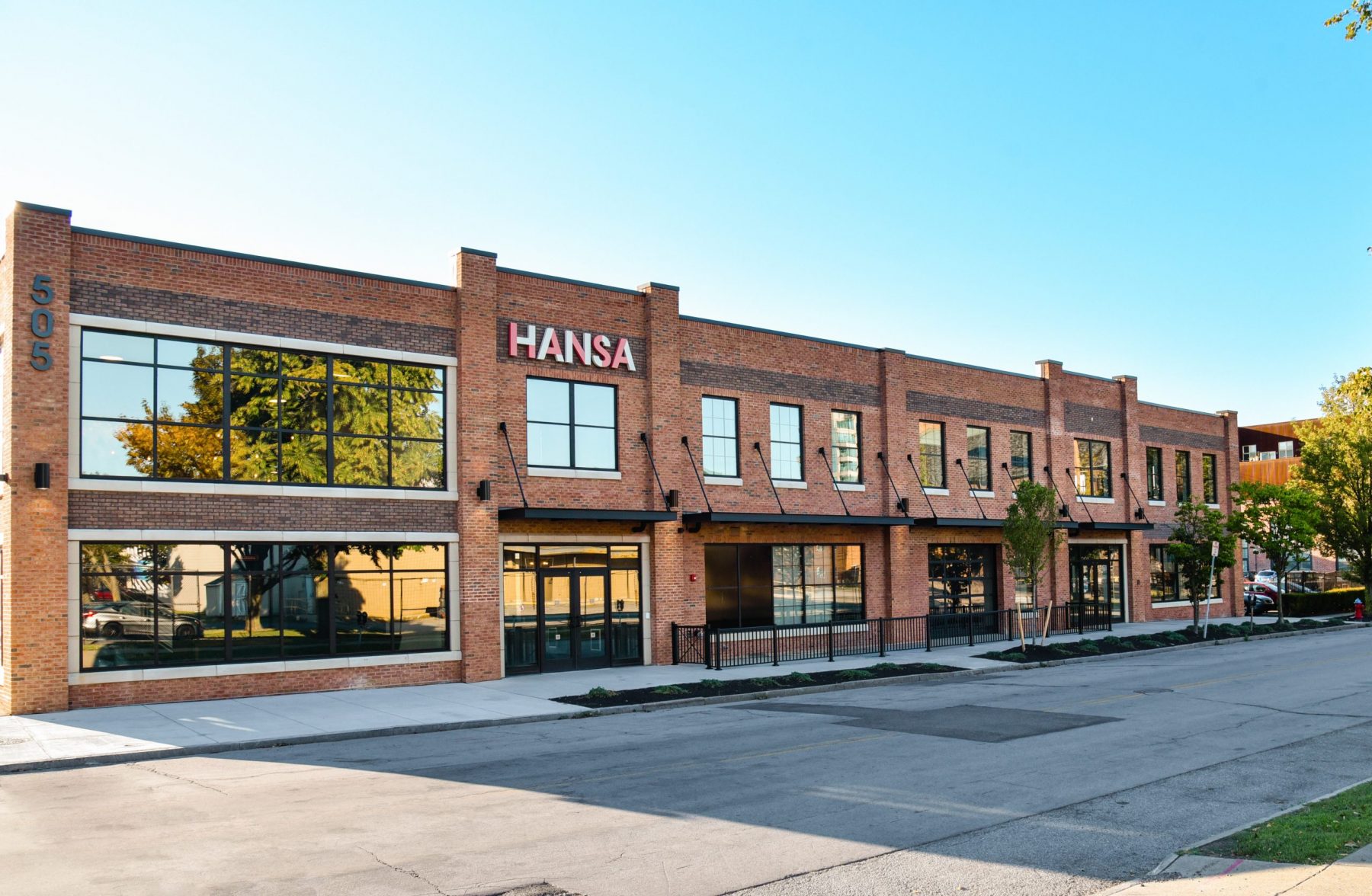 Opened in the Summer of 2020, HANSA was lauded by NAIOP for its market leadership in support of Buffalo’s business community. As HANSA Co-Founder Carl Montante, Jr., highlights in the awards video, “HANSA is the first flexible office and coworking space developed, designed and operated by a developer in the Buffalo area.” As a combination of the best elements of traditional office space and working from home, Mr. Montante adds that coworking and flexible office space has become the fastest growing sub-segment of the office market.

According to HANSA President & Co-Founder Kellena Kane, “HANSA is a space for innovation and collaboration. It is a hub for productivity and community in an environment that is uniquely Buffalo and celebrates local artists and the community.”

From conception to execution, HANSA has fostered a culture of belonging. From the name, HANSA, Latin for guild and meaning a collection of people uniting for a common purpose. In addition to its trailblazing status in Western New York, HANSA is the first coworking and shared office center in North America to be isUD Certified (innovative solution for Universal Design)

“HANSA is a beacon of innovation in Universal Design,” notes Danise Levine, M. Arch., AIA, R.A., CAPS, Assistant Director of the IDEA Center at the University at Buffalo School of Architecture & Planning. “By incorporating Universal Design throughout the facility, HANSA celebrates diversity and inclusion and promotes health and wellness. Ms. Levine and the IDEA Center were partners with Uniland on the design and certification of HANSA.

NAIOP, the Commercial Real Estate Development Association, is an organization for developers, owners and investors of office, industrial, retail, and mixed-use real estate. Founded in 1967, NAIOP comprises over 20,000 members and provides strong advocacy, education, and business opportunities through a powerful North American network. The NAIOP Awards were celebrated on June 30, 2022.