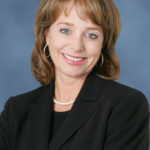 As Vice President of Corporate Relations, Laura Zaepfel works extensively with local, regional, state and federal government and business leaders to optimize the Western New York business climate. Ms. Zaepfel collaborates with leading business support organizations to construct policies and procedures that will produce a diverse workforce and a sustainable economy in the region. A strong supporter of diversity and inclusion, she works internally and externally on initiatives and workforce development efforts which promote and embrace cross-cultural diversity in the community.

Ms. Zaepfel also manages Uniland’s corporate philanthropy program, continuing the company’s long tradition of community involvement and support. She works with and volunteers for community and business organizations that advocate for residents through social justice and diversity, health and wellness, education, and environmental programs.

Over the years, Ms. Zaepfel has provided leadership to Catholic Charities, Humanities New York, the National Association of Industrial and Office Properties (NAIOP), the National Federation of Just Communities (NFJC), and the Buffalo and Erie County Naval & Military Park. She is a former Trustee of the Buffalo Philharmonic Orchestra and the Canisius College Board of Trustees.