As walkable urban environments have become more popular, developers have embraced mixed use development, the co-locating of office, hospitality, retail, and residential space.

A premier example of these types of development, The Delaware North Building, is currently highlighted in Urban Land Magazine, the Urban Land Institute’s flagship publication. ULI is the oldest and largest network of cross-disciplinary real estate and land use experts in the world.

The Delaware North Building was listed at No. 3 in a list of 10 recent mixed use developments that highlight the diversity of mixed use projects. 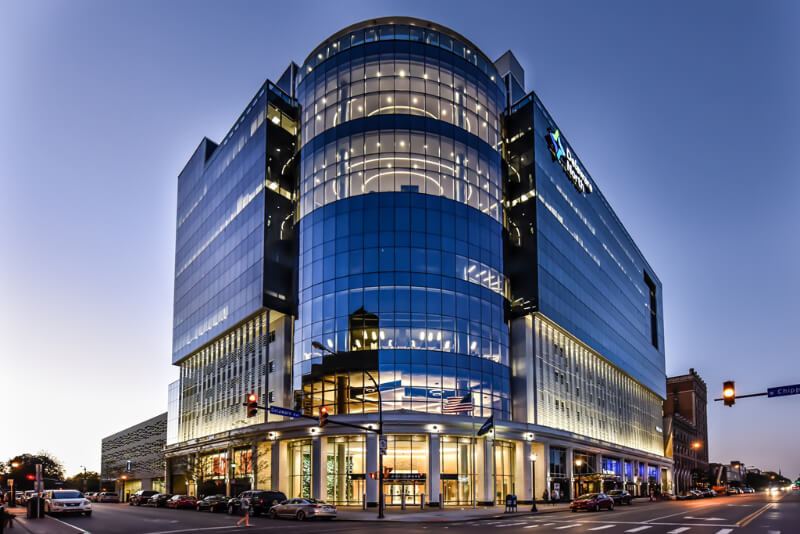 The Delaware North Building is a 12-story structure featuring office, hospitality and retail space. The global headquarters of the hospitality and food company Delaware North stationed their Class A office space in the building. The offices include a courtyard and rooftop garden. The building also features a Westin hotel with 128 rooms, a restaurant, and a 600 car parking garage.

The building has won many awards, including,