Craig Muni, account executive with Uniland Development Company, was recognized by the Buffalo Niagara Sales and Marketing Executives with an Elite Sales & Marketing Award. He was lauded for his instrumental role in strengthening Uniland’s Sales & Leasing division through his dedication to clients and finding real estate solutions to address their business needs. 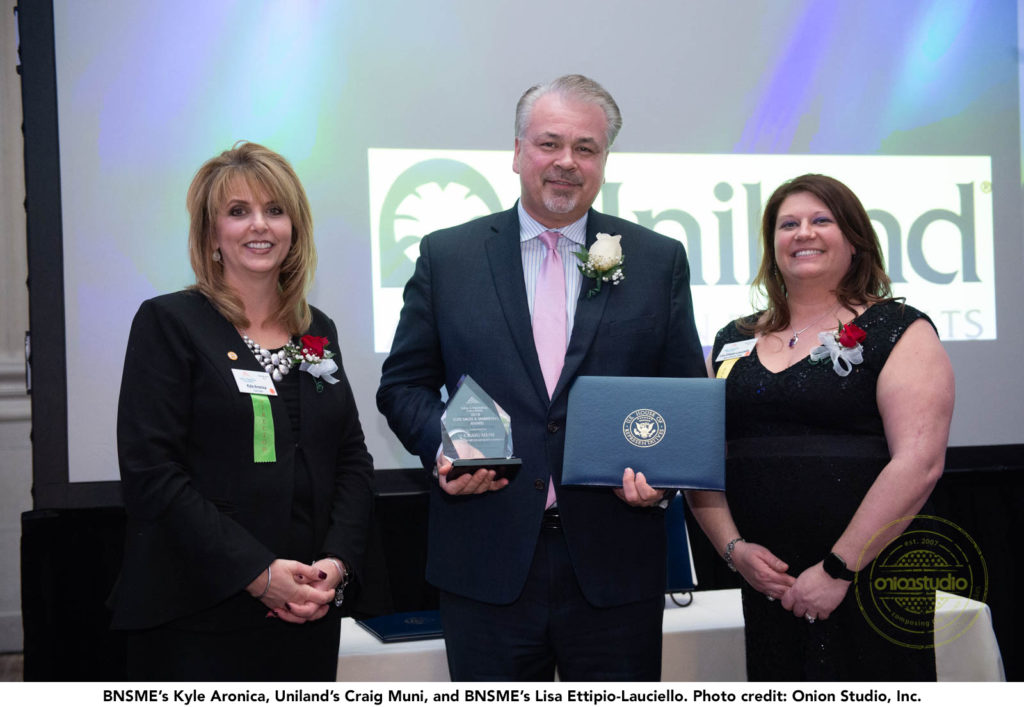 A distinguished National Hockey League alumnus, Mr. Muni was a member of three Stanley Cup Championship teams with the Edmonton Oilers during a 16 year career. He also played with the Buffalo Sabres and is an active member of its alumni association board and golf committee, the New York State Commercial Association of Realtors, and serves on the Buffalo Niagara Partnership CanAm Council.

In 2014, Mr. Muni parlayed his competitive nature and desire to win into a new career in commercial real estate as a Sales Executive with Uniland. Since joining the firm, he has been instrumental in closing nearly $150 million in sales and leasing transactions. Mr. Muni has enjoyed working with the many company executives and Western New York brokers to assist with their commercial real estate dealings.

Mr. Muni has also helped develop the next generation of athletes. He was co-coach of the National Women’s League’s Buffalo Beauts during their 2017 Isobel Cup championship season. Earlier he was head coach of the New Era Diamond Girls Gold softball team and assisted each member in obtaining college scholarships to continue their education and softball careers.

Dedicated to making a difference in the community, Mr. Muni has been active on the scrub rub committee for the Catholic Healthy Mercy Hospital Foundation, former chairman of the March of Dimes Celebrity Golf Tournament as was a board member with the March of Dimes Western New York.

The Buffalo Niagara Sales and Marketing Executives Executive of the Year and Elite Sales & Marketing Awards were held at The Admiral Room at The Marin on March 4, 2019. The Executive of the Year was David J. Nasca, president and CEO of Evans Bancorp, Inc. Mr. Nasca’s award was presented by Carl J. Montante, president and managing director of Uniland, the previous year’s award recipient.